With the networking effect, we see participating club members helping expand the Navy SEAL mentee by introducing them to their contacts, and encouraging their contacts to the introduce the SEAL to other contacts within their network.

Below is an example of how the networking effect impacted a SEAL mentee at Lakeside Golf Club. The inner circle, GZ, represents our program leader, Greg Zedlar. He introduced the SEAL to three of his friends, Eddie (EA), Andrew (AF) and Darin (DD). They then introduced the SEAL to at least two contacts within their network, represented by their company names. This SEAL gained contacts in his areas of interest for a career as well as two internship opportunities. That is the power of the networking effect. 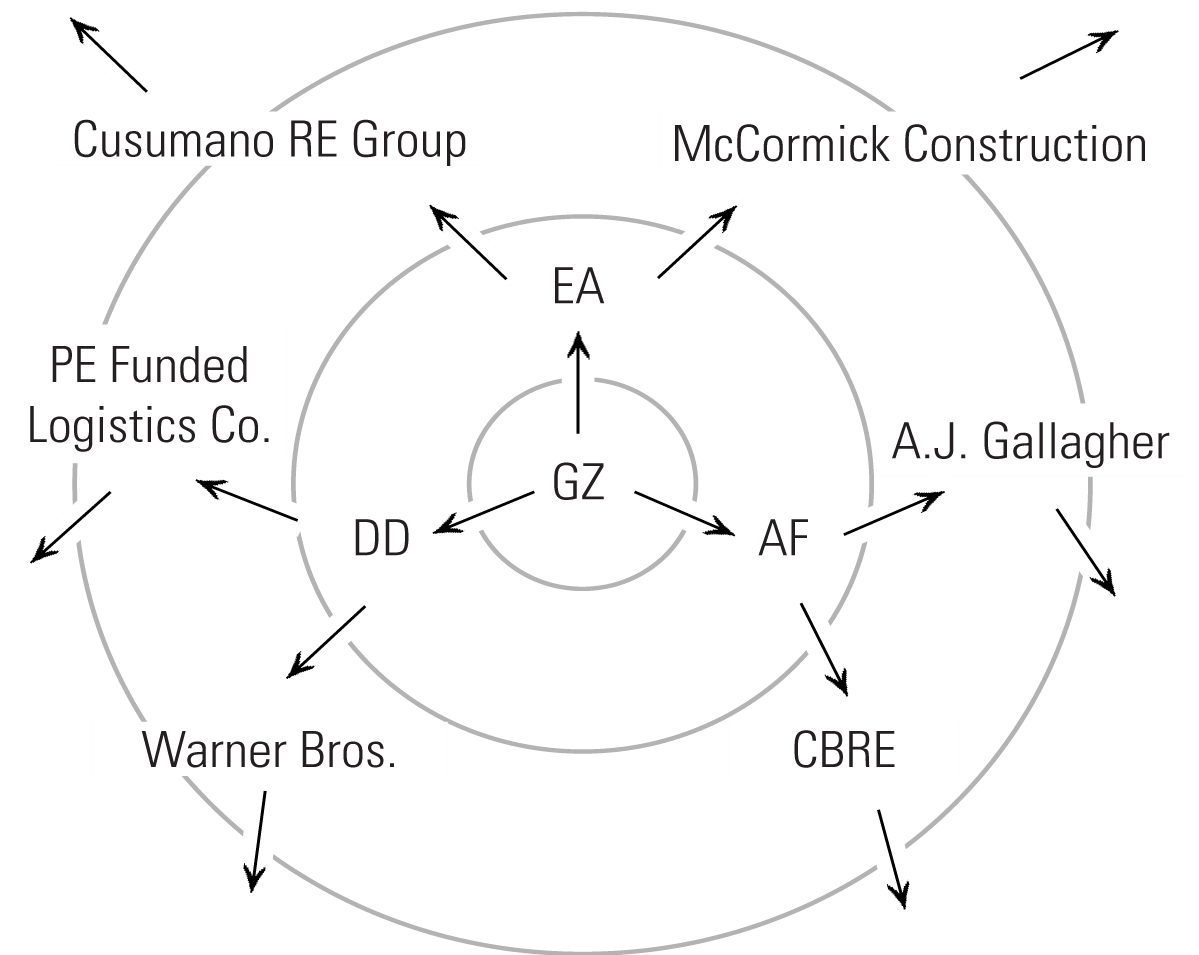 If you have questions, or would like to better understand how to mentor a Navy SEAL, please contact our program leader.